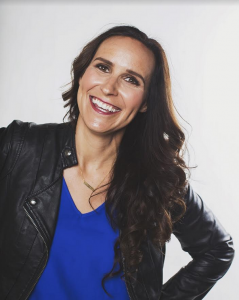 Dana started working in TV and film as an intern for the classic soap opera “General Hospital” in 1997. She began as a Production intern and moved into Casting after one fateful encounter in the elevator on the way home with Gwen Hillier. “You always look like you know what you’re doing around here and you move fast. . . Want to work in Casting?” Thus, her nearly 2 decade long career in TV and Film Casting began.

Under the mentorship of Casting Director Mark Teschner and associate, Gwen Hillier, Dana learned the in’s and out’s of daytime scripted casting.  With their help and astute advise, she moved to New York City to work for “One Life to Live.” After her stint casting soap operas, Dana was awarded the coveted Academy of Television apprenticeship in Casting and worked under the mentorship of Mike Fenton (“The Godfather II,” “One Flew Over the Cuckoo’s Nest”)  and later Erik Dawson of UDK (“Designated Survivor,” “Nip Tuck”) where she began scouting and developing a true eye and love for personality, people and talent.

In 2003, Dana made the leap into unscripted Casting working on such long-running reality hits as “The Amazing Race,”  “The Biggest Loser,” “Beauty and the Geek” and “Cash Cab.” Being in the trenches of “Real People” Casting  has lead her into producing her own pieces, selling pilots and diving into the nooks and crannies of American culture nationwide. She thrives in uncovering real life families, couples and every day Americans who never thought of sharing their life on TV. Her love for people and getting them to share their story is a true passion.